You are here: Home / yoga blog / You’d do yoga too if you knew all THIS

This excellent article ran in The Huffington Post last year and to me it shows how far yoga has come in gaining mainstream acceptance and scientific validation.

Those of us who do yoga don’t need any convincing to know that it’s SUPER beneficial to all levels of our personal functioning, but if you have anyone in your life who mocks your obsession with getting your foot behind your head, send him or her this article.

And if you feel moved to do so, email author Carolyn Gregoire to thank her.

How yoga changes your body, starting the day you begin

The Eastern practice of yoga has become a modern-day symbol of peace, serenity and well-being in the West. More than 20 million Americans practice yoga, according to the 2012 Yoga in America study, with practitioners spending more than $10 billion a year on yoga-related products and classes.

The mind-body practice is frequently touted for its ability to reduce stress and boost well-being, but it also offers wide-ranging physical health benefits that rival other forms of exercise. While the scientific research on yoga’s health benefits is still young, here’s what we know so far about its potential effects on the body. 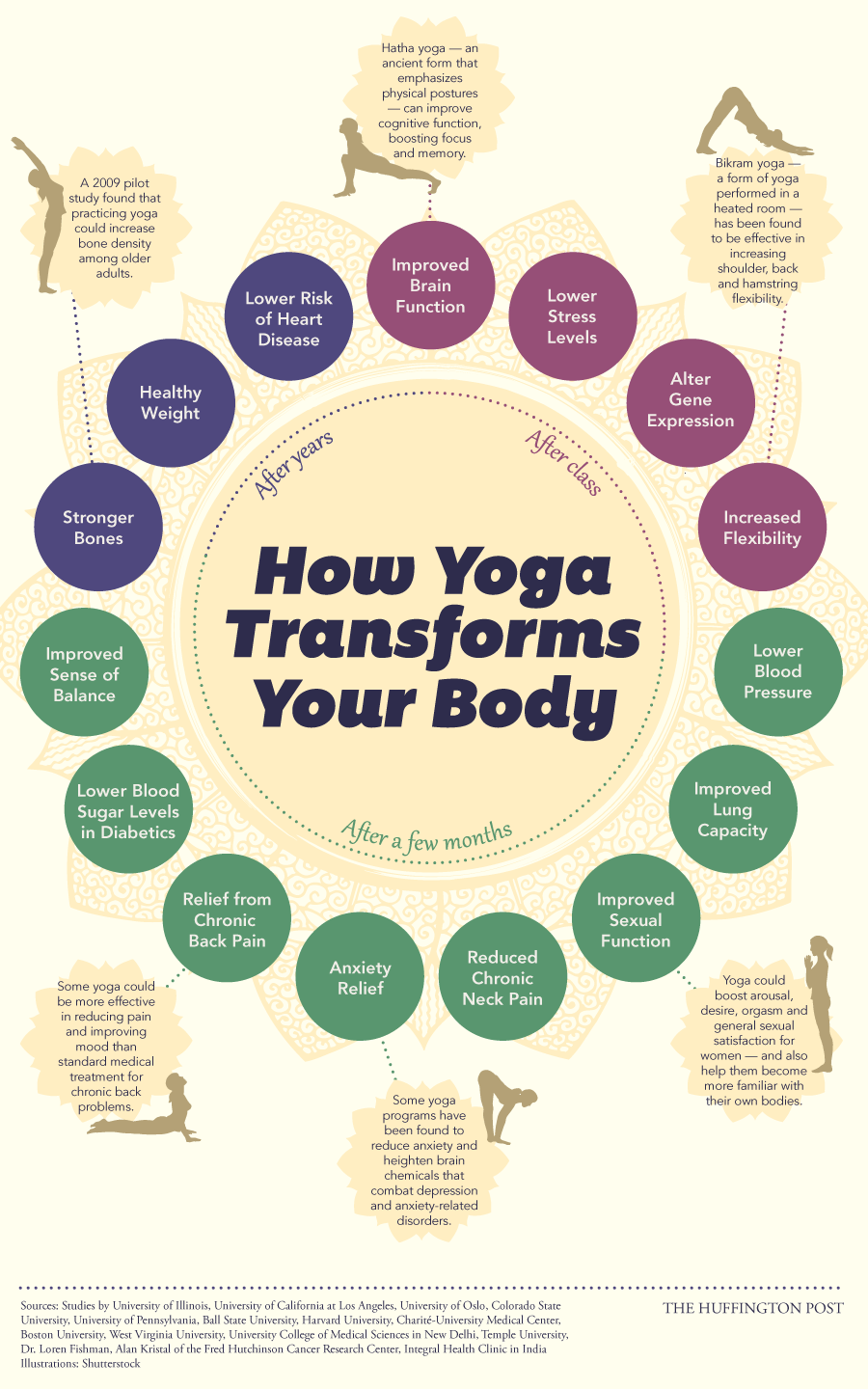 Improved brain function
Just 20 minutes of hatha yoga (an ancient form of the practice that emphasizes physical postures rather than flow or sequences) can improve cognitive function, boosting focus and working memory. In a University of Illinois study, participants performed significantly better on tests of brain functioning after yoga, as compared to their performance after 20 minutes of vigorous aerobic exercise.

Lower stress levels
Yoga’s stress-busting powers may come from its ability to lessen the activity of proteins that are known to play a role in inflammation, according to a study published last year from University of California, Los Angeles researchers.

Increased flexibility
A recent Colorado State University study found that Bikram yoga — a form of yoga in which a series of 26 postures are performed for 90 minutes in a heated room — is linked with increased shoulder, lower back and hamstring flexibility, as well as greater deadlift strength and decreased body fat, compared with a control group.

After A Few Months

Improved lung capacity
A small 2000 Ball State University study found that practicing Hatha yoga for 15 weeks could significantly increase vital lung capacity, which is the maximum amount of air exhaled after taking a deep breath. Vital lung capacity is one of the components of lung capacity.

Improved sexual function
A 2009 Harvard study published in the The Journal of Sexual Medicine showed that yoga could boost arousal, desire, orgasm and general sexual satisfaction for women. Yoga can also improve women’s sex lives by helping them to become more familiar with their own bodies, according to a review of studies published in the Journal of Sex and Marital Therapy, as reported by CNN.

Reduced chronic neck pain
A German study published in The Journal of Pain showed that four weeks of practicing Iyengar yoga (a type of hatha yoga that stresses proper alignment and the use of props) is effective in reducing pain intensity in adults suffering from chronic neck pain.

Anxiety relief
A 2010 Boston University study showed that 12 weeks of yoga could help to reduce anxiety and increase gamma-aminobutyric (GABA) levels in the brain (low levels of GABA have been linked with depression and anxiety disorders).

Relief from chronic back pain
Researchers at West Virginia University found Iyengar Yoga to be more effective in reducing pain and improving mood than standard medical treatment among those with chronic lower back problems.

Improved sense of balance
Practicing an Iyengar yoga program designed for older adults was found to improve balance and help prevent falls in women over 65, according to a 2008 Temple University study.
After Years.

“We did a bone mineral density (DEXA) scan, then we taught half of them the yoga, waited two years, and did another scan,” Fishman previously told The Huffington Post. “And not only did these people not lose bone, they gained bone. The ones who didn’t do the yoga lost a little bone, as you would expect.”
Healthy Weight.

Researchers from the Fred Hutchinson Cancer Research Center in Seattle found an association between a regular yoga practice and decreased weightâ€”or at least maintained weightâ€”among more than 15,000 healthy, middle-aged adults.

“Those practicing yoga who were overweight to start with lost about five pounds during the same time period those not practicing yoga gained 14 pounds,” study researcher Alan Kristal, DPH, MPH, told WebMD.

Lower risk of heart disease
As part of a healthy lifestyle, yoga may lower cardiovascular risk factors such as high blood pressure, cholesterol and blood sugar, according to Harvard Health Publications.

What people are saying about Tania and Rupali..."Their love and enthusiasm for what they do to bring yoga to all of us is as infectious as it is effective. They have a beautiful blend of honesty, purity, humor and deep knowledge that makes the process of learning and practice pure joy." ~Ani Compton 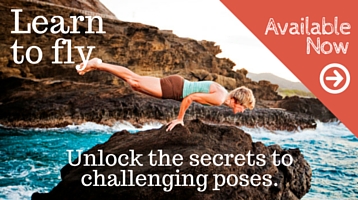 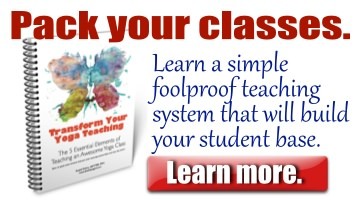